When you go to a doctor’s office or a hospital, you expect a certain level of care. You are going there because you need medical attention, and your expectation is that while you are there, you will get the necessary care. But unfortunately, hundreds of thousands of individuals who go to a medical provider do not get the care they need and actually end up worse off than they were before they sought the care. If you feel as though you were mistreated or misdiagnosed by a medical provider, you may have a potential claim. The attorneys at the Lopez Law Group are standing by ready to assist.

What exactly is a medical malpractice claim?

When someone makes a medical malpractice claim, they are alleging that they sought care from a physician and that physician was negligent in some way. The patient is alleging that the doctor deviated from the standard of care required. The deviation from this standard of care resulted in harm to the patient. But just because a surgery does not turn out to be successful does not always mean that a medical malpractice claim is necessary or even permitted. If a surgery turned out to be unsuccessful, but it was due to no negligence on the part of the physician who performed the surgery, there will be no malpractice claim. In order to pursue a claim, the patient needs to show that, again, the doctor deviated from the standard of care required to perform the procedure to such a degree that it was negligent. I signed a medical release before the procedure, can I still pursue a claim?

What steps should I take if I decide to pursue a medical malpractice claim?

The first thing you will want to do is simply contact the medical office or facility where the incident occurred and find out what happened. See if the doctor would be able to fix the mistake, or if they have another solution. If you don’t get much help going that route, the next thing you will want to do is get ahold of the medical licensing board in the state. They won’t necessarily be able to do anything for your specific situation, but they have the power to discipline the medical provider who is responsible, and they may be able to point you in the right direction. 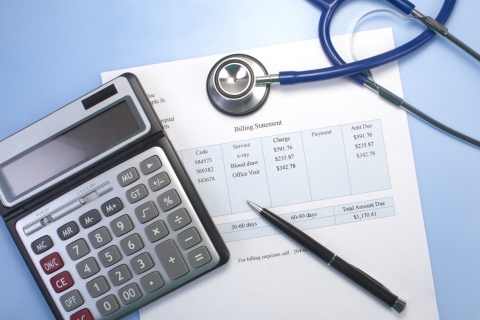 How long do I have to file a claim against a doctor in Florida?

There are specific timelines when it comes to filing a lawsuit. When it comes to medical malpractice in Florida, these claims have to be brought typically within two years. This means that you have two years from the discovery of the incident to bring a claim. There is one catch, however. If you do not discover the malpractice within four years, you are barred from making a claim. So, let’s say that you have a surgery and the surgeon left something inside of your body which wasn’t supposed to be there, but you don’t discover it until five years after the surgery, you cannot bring a claim. You are forever barred by the statute of limitations. Of course, there are always exceptions to this rule. If you were a minor at the time of the malpractice, or if there was fraud or concealment involved in the malpractice, your timelines may be extended for filing a claim.

What is a certificate of merit, and do I have to obtain one in Florida?

Some states require a certificate of merit before you will be allowed to bring a medical malpractice claim. A certificate of merit is prepared by an expert, typically a physician, who looks over the medical documentation and will tell you whether your claim has merit. If they determine it has merit, you will have to file the certificate of merit. This will then allow you to put the potential doctors on notice of any claims that you may be intending to bring against them.

What happens when you decide to move forward with a medical malpractice case?

Your attorney should begin by ensuring that you have a valid claim and that the claim can be made within the statute of limitations. If you are running close to the end of the statute, your attorney can file a petition in the court where the alleged malpractice occurred to extend that statute of limitations by 90 days. Meanwhile, your attorney should begin getting with a doctor to get an opinion and affidavit stating that malpractice did occur. Once you know that malpractice did happen and it has been verified by a professional in the same or similar field, you can put the potential defendants on notice that you intend to make a claim for medical malpractice. They then have a certain amount of time to investigate the claim themselves. If no settlement is reached during that time frame, a lawsuit will typically be filed soon thereafter. Your attorney should also be gathering all of your medical records, both current and past, to make sure that they are prepared and understand your medical history.