What Do You Do If You’ve Been Involved in an Accident with an Electric Scooter in Florida?

If you have spent any time in a city in Florida or elsewhere, you have likely seen people whipping about on electric, battery-powered scooters. Those two-wheeled conveyances with handlebars and a top speed of about 20mph are the newest craze in ridesharing, app-based transportation. They are attractive and popular because they offer an environmentally friendly, economical, and fun way to get to one’s destination. All that is needed is a good sense of balance, a credit card, and a destination less than 20 miles away. No license is required since most countries classify the scooters as bikes.

Of course, there are risks and electric scooters seem to be particularly hazardous. Studies have shown that between 2014 and 2018 injuries and hospital admissions related to electric scooter accidents increased by an incredible 222 percent. Younger people aged 18 to 34 saw an increased hospitalization rate of a staggering 354 percent. A study conducted in 2018 by Austin Public Health calculated based on their data that 20 individuals were injured per 100,000 e-scooter trips taken during the study period. Common injuries included bone fractures, tendon or ligament damage, and traumatic brain injuries including concussions or bleeding on the brain. Many injuries were attributed to the rider having no experience riding a scooter and not wearing a helmet.

Given the frequency of electric scooter accidents, it begs the question: what do you do if you have been in an accident with one?  The answer depends a great deal on how you were involved in the accident: were you a rider, a driver who collides with a rider, or a pedestrian or other biker?

You Have an Accident Riding an Electric Scooter in Florida

One minute you are sailing along on your scooter and suddenly, you are head over handlebars and mildly to severely injured. The first thing to do is take stock of your condition. Obviously, if have you been knocked unconscious or are severely injured this will not be possible and the best advice is to stay where you are, move as little as possible, and wait for help. If you are conscious and can evaluate your injuries, take it slow and be especially aware of head, neck, and back injuries.

If others come to your aid, let them help you and ask them to help you locate your belongings without trying to move you. Call 911 or ask someone nearby to do so as you will need to be evaluated immediately for injuries. If you can, document the scene as much as possible with your phone taking pictures and video. Try to get the names and numbers of witnesses as the police may not be involved and it will be difficult to track down witnesses later. Record your impressions of the accident including the weather, road conditions, and what you remember immediately before and after the accident. If you are not evaluated by emergency medical personnel, make sure that you are evaluated by a medical professional as soon as possible after the accident.

Depending upon the nature of your accident, you may have legal claims against a variety of parties such as against the driver or owner of the car that hit you for negligence and possible emotional distress, against the city or municipality responsible for the curb or street conditions for failure to properly maintain the road or unsafe hazards, against the manufacturer of the scooter for defects in the design or its manufacture, or against the company that rented you the scooter for failure to offer effective training in how to use it or for faulty maintenance. It is also possible that you may have multiple claims against several different defendants as their collective actions may have contributed to the accident. Contact a Florida accident attorney as soon as you are able to determine whether you have a viable claim.

You are Riding a Scooter and Hit A Pedestrian

First, take stock of your own condition, remain on the scene, and check on the person that you hit. If they or you need medical treatment, call 911 or ask someone nearby to do so. Document the scene and record your impressions of what happened. If the police are called, give them your version of the events but refrain from making statements about who caused the accident, your guilt or innocence, and other types of statements that can leave you open to a personal injury suit. Be sure to seek medical attention if you are not immediately evaluated and contact a Florida accident lawyer to determine both your potential liability and if you have any causes of action against the pedestrian (for negligence), the city, the scooter manufacturer, or the rideshare company. 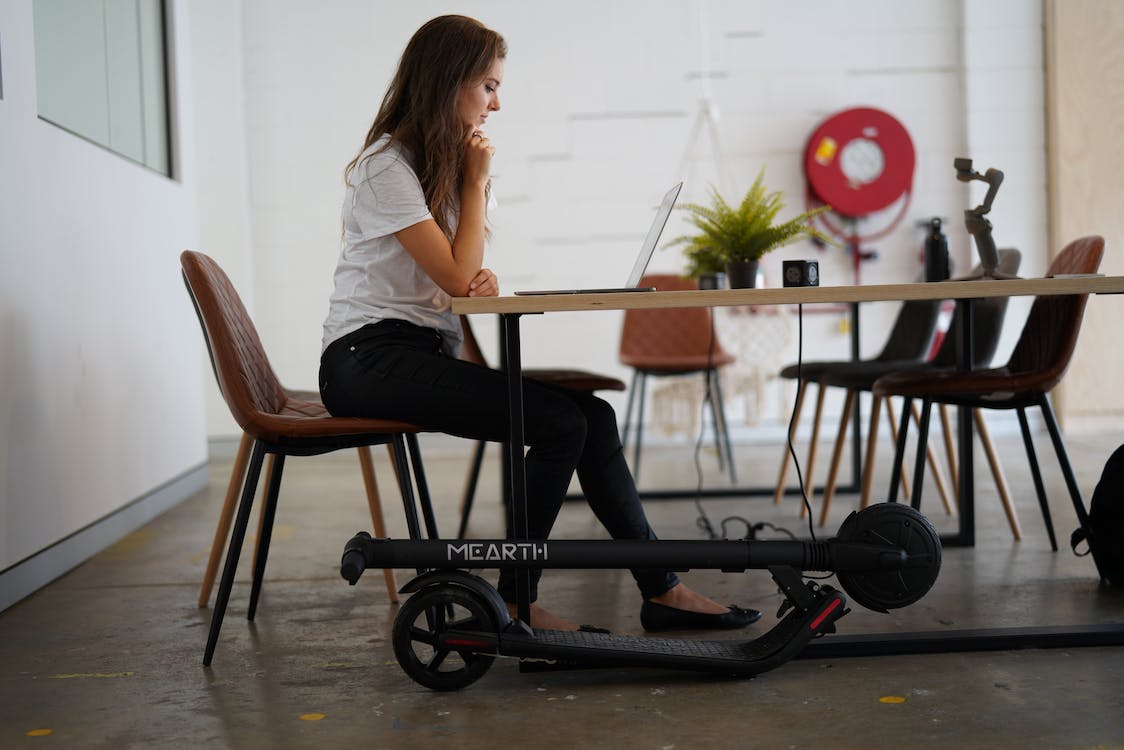 If you are driving and suddenly hit someone on an electric scooter the absolute most important thing to do in this situation is stay where you are. Do not move the car unless necessary as you do not want to be accused later of leaving the scene of an accident. Check on the rider and call for medical assistance if you have even a slight concern that the person is injured. Avoid talking extensively with the injured person and refrain from making statements such as “it was my fault” or “I feel so guilty” as these can increase your chances of being sued.

If the person is stable and does not require immediate assistance, begin to document the scene including taking pictures and video of the conditions in the area. Make sure to include the road conditions, weather, and time of day. If the police are called, give a factual statement but leave out opinions as to fault and focus on the details of the accident. Be certain to get the names and numbers of the witnesses as these may not be included in the police report and it will be difficult to find them later. Above all, contact a Florida accident lawyer and ensure that they are the party that deals with the rider’s insurance company, not you.

Since electric scooters can reach speeds of up to 15 mph and many riders are novices at best, the danger to pedestrians and other bike riders from those riding electric scooters is high. If you are hit by someone riding an electric scooter, immediately take stock of your injuries, being especially careful about back, head, and neck injuries. If you are seriously injured, call 911 or have someone call emergency services for you and ask a witness to document the scene for you, particularly paying attention to the person riding the scooter and the scooter itself.

If you are not badly hurt, check on the rider of the scooter and make sure to get a good description of them and the scooter that they were riding. Most scooters have individual numeral markings for identification purposes, and it is particularly important to get this information if the rider was relatively uninjured and is eager to be on their way.

Document the scene as best you can with pictures and video. Obtain the names and numbers of the witnesses and record your memories of the accident, both before and after. Then, seek medical treatment and evaluation to determine if you have any injuries. Finally, contact a Florida accident lawyer to see about possible claims against the person who hit you for negligence (which may be covered by one of their insurance policies), against the city or municipality if the street conditions or hazards were a contributing factor in the accident, the manufacturer of the scooter for design flaws, or the rideshare company for failure to maintain the scooter or failure to provide adequate training to the rider.

The Risks of Electric Scooter Accidents in Florida 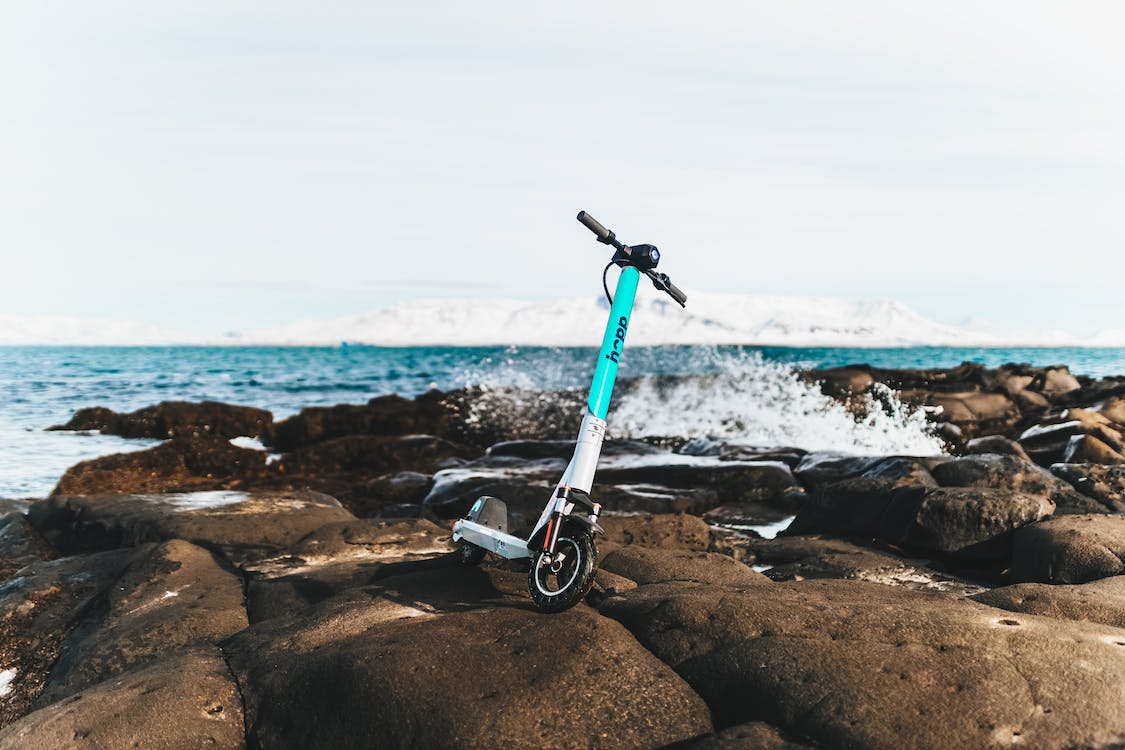 Electric scooters represent a new frontier in how people move around, particularly in cities and dense urban areas, and they are a viable and exciting alternative to public transport, cars, and bikes. However, they pose a great risk of injury to those who ride them from cars, other riders, and road hazards. If you are in an accident with an electric scooter in Florida, either as a rider or as a driver, always contact a competent Florida accident attorney first to protect your rights, maximize your insurance benefits, or limit your liability.