Under the Florida Minimum Wage Act and the Fair Labor Standards Act you have a right to earn a minimum wage for your work.

Overtime laws in the state of Florida are covered by the Fair Labor Standards Act. Employers who are covered under this Act must pay employees one and a half times what they would normally make for any time they work above and beyond their regular 40-hour work week. Many people believe that it is against the law for an employer to require an employee to work more than 40 hours a week. This is not true; they simply have to pay you accordingly if they are requiring you to work beyond that initial 40 hours.

So, with that being said, if you work any time that exceeds 40 hours in a single work week, you are legally owed overtime wages. That equates to one and a half times your hourly wage. All of your work hours must always be compensated. That is the law.

For example, if your employer requires you to be at work at 8:45 but your shift does not start until 9:00, they must pay you for that time. It doesn’t matter whether you have clocked in or not. This is why we have employment law and why there are attorneys that specialize in protecting the rights of working people just like you. 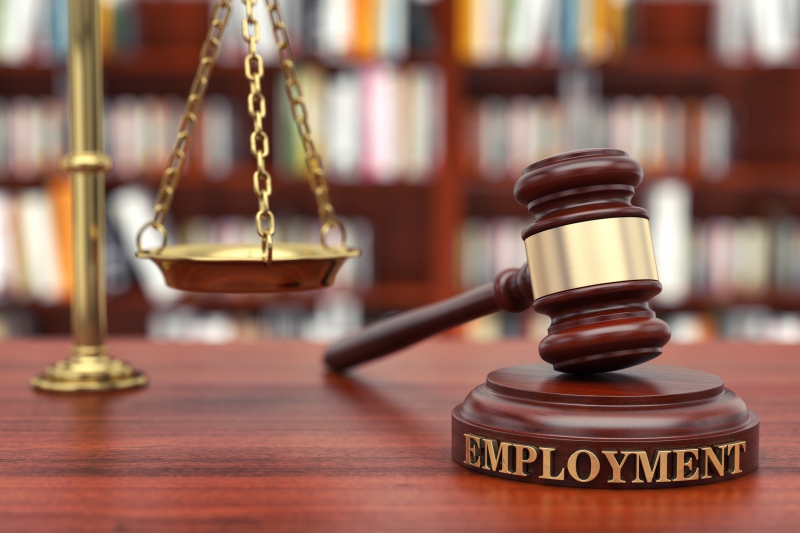 A large number of cases involve overtime wages. It is one of the biggest violations that employees overlook. People often do not speak out for fear of retribution or losing their job. Then when they finally leave a position, it dawns on them they are owed in the thousands for lost time and wages.

There are many cases when people may not even realize they are being cheated out of justly earned wages. This can include scenarios such as:

In all three cases, it is critical you have the right type of representation to ensure you are paid the wages you deserve. Lopez Law Group will pursue every case to the fullest extent of the law, including a trial when necessary.

Employers are forbidden from discriminating against an employee during hiring or while employed on the basis of the following:

You must file a complaint with the Equal Employment Opportunity Commission (EEOC) and give them a chance to investigate. If they decide that you are indeed being discriminated against, they will give you a right to sue letter which you can use against your employer. Our attorneys can help you with this process. In Florida, the Commission on Human Relations enforces state antidiscrimination laws. Your employer may respond and give reasons for your discrimination which are not related to discrimination, but these may simply be a pretext for the actual reason. Having an attorney who understands this can go a long way in proving your potential case.

In addition to wage disputes, employment law also covers instances of sexual misconduct in the workplace. Both state and federal laws protect Florida workers from any unlawful discrimination and harassment at their place of employment. All forms of sexual harassment are in violation of Title VII of the Civil Rights Act of 1964. This act considers sexual harassment to be any act which interferes with an individual’s ability to perform in the workplace. Sexual harassment creates what is called a hostile work environment. In order to fall under Title VII of the Civil Rights Act, the employer must have at least 15 employees. This does not mean that if there are less than 15 employees you do not have a claim, however. There are many state and local laws which may come into play to help assist with sexual harassment claims in the workplace.  However, there is a specific process you must go through to ensure that your claim is heard.

In a Florida sexual harassment lawsuit, you must prove the conduct was unwelcome and you did not participate willingly. If all talks fail to stop the unwanted actions, a grievance must be filed with your work. It must be proven that the company knew of the situation and failed to do anything. Sexual harassment claims usually occur when someone in a position of power promises workplace improvement in exchange for the sexual actions. This is known as Quid Pro Quo. If an employer threatens to fire you or demote you for failing to go along with the requests, this is also evidence that can be used. Bringing suit against an employer for any of these actions can be very challenging, which is why it is critical you have the right representation by your side.

Sexual harassment statistics show that of all the women in the workplace who experience harassment, actually less than one third of those will report the harassment to the appropriate agency. When it comes to the industries which have the highest amounts of sexual discrimination, the food industry and those companies who are in the hospitality industry report the highest amounts. Education related jobs and jobs in the medical field actually have the lowest amounts of sexual harassment. A majority of cases reported indicate that verbal sexual harassment was the issue, whereas a smaller number actually report physical touching or other advances.

The attorneys at The Lopez Law Group stand ready to assist you with any employment law related issues you may be having. Whether you are an employee who is having issues with management, or an employer who is having issues with an employee, we stand ready to assist. We can be reached at 727-933-0015. During our consultations, we will be able to advise you as to your rights and whether you may have a valid claim under both State and Federal laws. Give us a call and contact us today