Every year, approximately 1.5 million people are arrested for some form of driving while under the influence of alcohol, narcotics, or prescription medication. Of those 1.5 million arrests, 132,177 of them happened in Florida in 2018. Pinellas County has a particularly high rate of DUI arrests due to the proximity to St. Petersburg and Clearwater beaches.

The True Costs of a DUI Conviction in Florida

Being arrested and charged with a DUI in Florida is a serious matter with repercussions that can affect multiple areas of your life. You can find yourself facing financial hardships with steep fines, criminal charges, and driving penalties or even the suspension of your license.

Mugshots and arrest records are often published or made available online, posing a risk to your career and reputation. A criminal record can close some job opportunities, as can a DUI conviction on your driving record.

The court may mandate that you take a DUI education class, which can range from $250-$325 for first-time offenders and over $400 for subsequent offenses. The court can also order an ignition lock device on a personal vehicle, which costs for installation, deposit, and a monthly rental fee.

Whether it is a first offense or subsequent offenses, you may also face the expenses associated with bail, towing, and storage fees for your vehicle, monthly probation fees, a license reinstatement fee if your license is suspended. If placed on probation, there are monthly probation fees, a service insurance fee for community service, and restitution costs if there was property damage.

A DUI arrest and conviction can end up costing thousands of dollars, and the price goes up exponentially with subsequent convictions. If you cause an accident while under the influence, not only can the criminal charges change dramatically, but the costs can be astronomical. 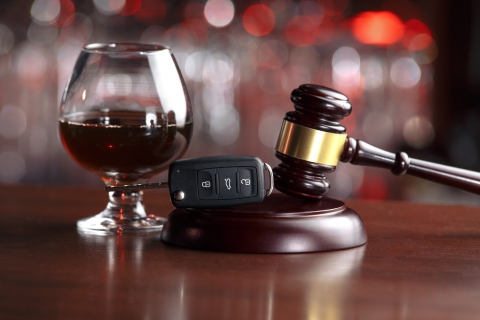 Arrested For Driving While Under the Influence

It is always best to avoid putting yourself into a scenario that would allow you to be arrested for a DUI. However, if you are arrested, you need an experienced criminal defense lawyer to help you navigate Florida’s criminal justice system.

In Florida, Title XXIII. Motor Vehicles § 316.193 a person is guilty of driving under the influence:

“If the person is driving or in actual physical control of a vehicle,

If you are under the influence and under the age of twenty-one years of age, you only need to have a blood-alcohol level of 0.02 for the state to sustain a DUI conviction. There are numerous other factors to consider that may aggravate the charges.

Florida statute Title XXIII. Motor Vehicles § 316.7932 outlines that in the state of Florida, having a driver’s license and operating a vehicle constitutes implied consent to submit to a breathalyzer test if you are pulled over on suspicion of a DUI. Failure to render consent can result in an automatic suspension of your driver’s license.

Defense for a DUI

If you are facing a DUI charge, there are multiple avenues you can pursue to have the DUI charge reduced, granted pretrial diversion, or even dismissed outright. The Lopez Law Group is experienced in helping drivers defend against DUI charges. If you have been arrested for a DUI, give our St. Petersburg DUI attorneys a call as soon as possible. As with most criminal matters, the faster you have a DUI lawyer involved in a case, the better. We can help assure your rights are protected, and we can challenge any technicalities in your case.

The first step is to challenge the initial stop. There are often problems with the validity of a stop, and the police officers often rely on establishing probable cause after the stop is initiated, which is a direct violation of Florida law.

If you are suspected of a DUI, and are asked to take a field sobriety test, be aware that the police are not only looking or the physical signs of impairment. They are also monitoring how you respond to questions, your demeanor, ability, and willingness to maintain eye contact, and other potential impairment suggestions. Each part of the test has a certain number of elements that have to be met to find impairment, giving rise to the police asking for a breathalyzer test.

Lack of Probable Cause for Arrest

The smell of alcohol is the most common sign mentioned by arresting officers. Bloodshot eyes, flushed face, slurred speech, an admission by the driver, a lack of balance, and swaying are all signs of intoxication that can serve as probable cause.

When it is found that the officer’s observations are not sufficient to support probable cause, then the evidence gathered, including breathalyzer results, must be suppressed.

The Fourth Amendment protects American’s from unreasonable searches, seizures, and arrests. DUI roadblocks and checkpoints are heavily scrutinized under the Fourth Amendment. If you are charged with a DUI from a checkpoint stop, always talk to an attorney before accepting any plea deal.

In DUI checkpoints, the officer does not have a reasonable cause for suspicion when making the stop, making it more difficult for checkpoint stops to withstand scrutiny. The same is true when anonymous callers report you to the police if the officer who stops your vehicle failed to witness any suspicious behavior.

In an affirmative defense, you are essentially admitting to driving under the influence but presenting additional facts that can defeat or mitigate your actions’ legal consequences. Four possible affirmative defenses for a DUI include:

If the results of the field sobriety tests are based on “close calls,” then these can potentially be challenged as improper findings when compared against dashcam or bodycam footage. You are entitled to this documentation in the discovery phase of your case, and it can be used to build your defense. There may also be other opportunities to suppress evidence in DUI proceedings, such as if you were not given your Miranda rights after your arrests.

Many parts of most DUI arrests are subjective, and an experienced criminal attorney can make sure you are provided every protection under the law. There are also options such as the Driver Enhanced Treatment Education Rehabilitaiton (DETER) initiative. DETER is targeted to first-time offenders, to help reduce impaired driving. Successful completion of the DETER program can help you avoid many of the long-term raminications of a DUI.

If you have been charged with a DUI in the St. Petersburg or Tampa Bay region, please reach out to us for a consultation at (727) 933-0015. The DUI defense attorneys at The Lopez Law Group are ready, willing, and able to come to your defense.