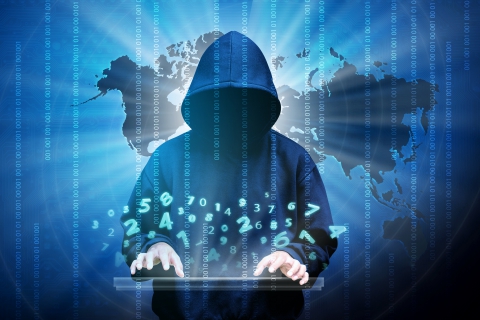 As technological innovations have increased significantly over the last two decades, both federal and state laws have been evolving rapidly in an effort to catch up with technology. There are a number of crimes that take place by using the internet. One of the most alarming is cyberstalking.

Florida’s Stalking statute now includes language that encompasses cyberstalking as well. Specifically, engaging in cyberstalking happens when someone “engages in a course of conduct to communicate, or to cause to be communicated, words, images, or language by or through the use of electronic mail or electronic communication, directed at a specific person,” and the communication is “causing substantial emotional distress to that person and serving no legitimate purpose.”

This type of behavior rises to the level of a crime and is chargeable as a first-degree misdemeanor under Florida law. It can serve as grounds for the recipient of the communications to petition the courts for an injunction against the individual perpetrating the cyberstalking.

The Lopez Law Group has years of experience in defending those accursed of cyberstalking or cyberharassment. We know the law, and we know the burden of proof placed on the state to prove such crimes.

If you have been charged, or have reason to suspect you may be charged with such a crime, we recommend you exercise your right to remain silent, and contact us immediately. The faster you reach out to us, the faster we can get to work, attempting to reach the best resolution possible.

Law enforcement will often approach you in a friendly and engaging manner. They will use language like “trying to clear up this matter,” or “we just want to get your side of the story.” What they fail to tell you is that anything you say, even in these informal conversations, can and will be used against you. Politely decline to discuss the issue without the presence of your attorney.

If you publish to an internet website or use electronic means to disseminate sexually explicit images of a person, and the person can be identified, you have committed sexual cyberharassment unless the person gave their permission for you to publish or disseminate the image or images. The law also states you must have disseminated the image witth the intent of causing substantial emotional distress to the depicted person.

In the digital age, where social media and technology drive the world, it is becoming all too common for people to share sexually explicit images. Remember, just because someone shares these images of themselves with another person, it does not give the other person the right to do whatever they please with the images.

What is Identifying Information

To be found guilty of cybersexual harassment, you must have disseminated a sexually explicit image that conveys identifying information of the person depicted. Identifying information includes anything that allows the viewer to identify the person depicted, such as their name, email address, or used a social media tag, social security number, drivers license, or physical address.

Senator Gayle Harrell has put forth a bill to close the loophole in the four-year-old law. Florida’s sexual cyberharassment law, which took effect in 2015, defined identifying information as more than just recognition of the person in the image or likeness.

The new law, if it passes, includes language that closes the loophole. If the person can be reasonably identified by their appearance or identifying marks, then the person who posted the the image or video can be charged.

As the law stands, it only applies to images or videos posted to a website. Emailing and texting such images is still legal, but the new law would close that loophole as well. Disseminating the image by any electronic means, if it fits the criteria of explicitly sexual, and without consent, would be illegal. Proponents see it as a significant step forward for Florida in dealing with cybersexual harassment.

The original law, passed in 2015, ended up with significant flaws based on a series of mishaps and bad timing. Lawmakers worried that making the law too restrictive would put it to a constitutional challenge based on free speech. Others declare it was a more personal bone of contention between rival lawmakers. Whatever the reason, the law had been rendered virtually ineffective by its restrictive nature. To read about how the law came to exists as it now stands, visit Florida Trend for the full story.

In our digital world, it often seems as though our entire lives are online. The internet is how we stay in touch with friends and family, where we play, and often where we work as well. Our whole lives are often captured on social media, and we share far more information with relative strangers than we would have just a decade ago.

The damage that can be caused by someone setting out to harass, embarrass, or otherwise cause harm to someone online has repercussions far beyond the digital world. It can also backfire and cause harm to perpetrators as well as victims. Whatever your role, think before you post. As we stated earlier, it is essential to remember that things posted to the internet never really go away. If you put up a sexually explicit photo of your ex-girlfriend, feel remorseful a few minutes later, and take it down, the damage could already be done.

If one person took a screenshot or shared the image, then it is out of your control where it goes from there. Not only could you end up with a criminal record, and a civil lawsuit, you could:

Florida law provides that a first offense is a first-degree misdemeanor, which can carry a jail sentence of up to one year and a $1.000 fine. A second offense can be a third-degree felony, carrying a prison term of up to five years. A second offense can also carry a maximum $5,000 fine. The law also provides for an increase in the penalties for these offenses if the perpetrator is over eighteen years of age, and the victim is sixteen years of age or younger.

The criminal charges are not all you have to worry about. Victims can also file a civil lawsuit against the accused to provide a remedy, $5,000 or actual damages, whichever is greater. If the victim suffers emotional distress, and has sought treatment, or lost a job because of the situation, the actual damages can far exceed $5,000.

If the victim wins the civil court case, the accused must pay the victim’s court costs and attorney’s fees. The burden of proof is much lower in civil court cases, so if you were involved in sending or disseminating the images, you would have a tough time convincing the court that you are innocent.

If you have been charged with an internet crime, you need an experienced St. Petersburg Florida internet crime lawyer. The charges of sexual cyberharassment or cyberstalking can remain with you forever and carry a significant penalty. You significantly improve your chances of conviction if you remain silent, both with the police and friends, family, and social media. Talk to a skilled cyberstalking attorney in Florida before you make a statement of any kind.

Call The Lopez Law Group today. The faster you have an attorney on your side, the better protected your rights will be. Please call us for a consultation at (727) 933-0015. We are ready, willing, and able to defend you against these internet crime allegations.