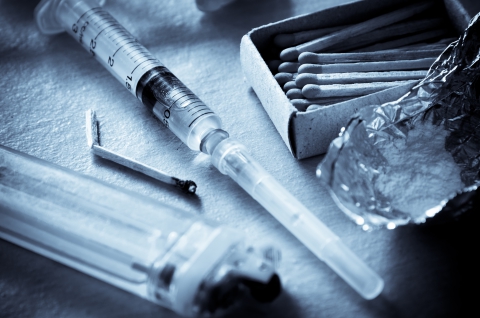 What Am I Looking at If Charged with A Drug Crime in Florida?

Drug crimes are taken very seriously in the Tampa Bay region and throughout Florida, especially in light of the national crisis regarding prescription opioid abuse and addiction. Even minor offenses like possession of a small quantity of drugs or paraphernalia can lead to prosecution.

Depending on the nature of the crime, penalties can be as severe as a felony charge that could land offenders in jail. Naturally, illegal drugs warrant more serious charges, but possession of controlled substances can also have severe consequences.

Possession of drugs like narcotics can lead to serious penalties if they are not prescribed to you. Possession of a small amount of a controlled substance can easily result in a felony charge in the state of Florida, carrying significant fines and substantial time in prison if convicted at trial.

Florida law places heavy restrictions on drugs and prohibits possession of drugs, conspiracy to commit drug-related crimes, driving while on drugs, and drug trafficking. Drug charges apply to illegal substances and unlawful possession of prescription drugs such as narcotics or medical marijuana.

When offenders are caught with drugs in their possession, the charge’s degree depends on the type and quantity of the substance. Higher amounts of an illegal substance can lead to charges related to selling drugs. Any accompanying crimes like possession of a weapon or firearm will heighten the severity of the charges laid against you.

Marijuana is one of the most widely-possessed drugs. While recreational marijuana is now legal in many states, it remains illegal in Florida and is considered a Class 1 drug. Medical marijuana is legal but under heavy restrictions.

Possession charges for marijuana can range from a misdemeanor to felony charges. Possession of under 20 grams of illegal marijuana will result in a misdemeanor charge, while any amount above 20 is considered a felony. Penalties for felony drug possession can be up to five years in prison. In some cases, possession of a large amount of marijuana, generally over 25 pounds, can land offenders in jail for up to 15 years with a $25,000 fine.

Federal drug classifications group illegal drugs into what are called schedules. Schedules range from one to five based on the severity of the substance.

Schedule 1 drugs include LSD, heroin, ecstasy, and marijuana, and are generally considered to serve no medical purpose, with the exception of marijuana in some cases. Schedule 1 drugs are seen as addictive, with a high risk for substance abuse.

Schedule 3 drugs have a low risk for substance abuse and include substances like testosterone, ketamine, and anabolic steroids. Tylenol is considered a schedule 3 drug if it contains codeine.

Schedule 4 and 5 drugs are considered to have a much lower potential for abuse. Substances like Xanax, Valium, Ambien, and Lyrica fall into this category.

In Florida, possessing any controlled substance without a prescription is considered a felony. Driving while under the influence of a narcotic is illegal regardless of whether or not it was prescribed.

Charges vary based on the circumstances of the crime. Things like previous offenses and whether the crime occurred near a school zone can affect the outcome.

Because drug sentencing is contingent on many small variables, it is always best to hire an attorney to plead your case. An attorney can help get charges dropped or sway the powers that be to offer you pretrial diversion.

What Is Pretrial Diversion?

In Florida, criminal courts offer pretrial diversion programs, which help the accused avoid traditional prosecution in favor of supervision programs led by the U.S. Probation Service. Eligible candidates tend to be first-time offenders or those with a minimal criminal history, and offenders who show a need for rehabilitation rather than punitive sentencing. The program is generally set to last 18 months but can be shortened based on the circumstances.

Offenders who successfully complete pretrial diversion programs are generally not charged for their crime; if the court does decide to charge the offender, the charges are often dismissed. While the program is an excellent opportunity for education and rehabilitation, it is not a get-out-of-jail-free card. Participants who flout the rules are returned for prosecution.

Pretrial diversion seeks to rehabilitate rather than punish, the primary goals being:

In the context of drug crimes, pretrial diversion generally entails an evaluation with a substance abuse counselor and subsequent treatment at a rehabilitation center.

What Is Drug Court? 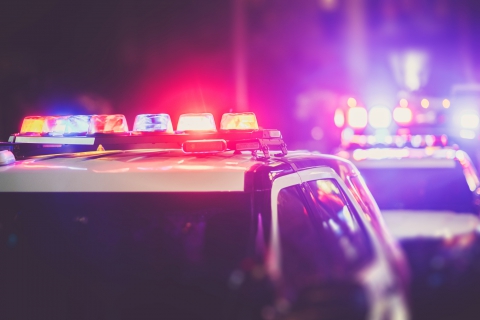 Drug courts are specialized courts that oversee individuals charged with drug crimes to help them recover from substance abuse.

A prime example is the Pinellas County Drug Court, which was formed in 2001 and has served as a model for other drug courts throughout the country. The court has helped many people in St. Petersburg and Clearwater curb illegal drug use and avoid being penalized by the criminal justice system.

Drug courts provide qualifying individuals with the opportunity to participate in a pretrial intervention (PTI) program. In a PTI program, participants remain under court supervision for a probationary period. During this time, participants are monitored closely for other infractions. They may be asked to perform random urinary tests as well.

PTI programs are geared towards first-time offenders charged with third- or fourth-degree offenses, provided they are non-violent. To successfully complete the program, individuals must perform community service and pay restitution to the victim of their crime.

They may also be required to follow a treatment program depending on the nature of their offense. Treatments can include drug rehabilitation programs and psychological counseling.

Conditions of PTI programs include:

Depending on the nature of the offense, certain participants may be subject to special conditions, which can include:

Drug courts tend to take the PTI route to reduce the costs of processing low-level repeat offenders and the cost of incarceration. PTI programs are also crucial in educating and rehabilitating individuals with a propensity for drug-related crimes. PTI programs’ primary goal is to help individuals avoid the stigma associated with a drug-related crime by taking them out of the spotlight of a traditional court process.

Only the state attorney’s office can offer you PTI, and the application must be made within 45 days of your arraignment. Due to the strict timeline and complicated documents, hiring an attorney to take care of the process for you is recommended.

What Are My Alternatives?

Consult an attorney before making any significant decisions about how to proceed with your drug charge. The Lopez Law Group is experienced in drug court and criminal laws in Florida. Having an attorney working hard on your behalf as early as possible is in your best interest when faced with any drug-related charges. If the option is available, you should consider taking the route to rehabilitation rather than facing prosecution.

If you refuse to participate in drug court, you will be transferred to a traditional criminal court. The court will have knowledge of your refusal to participate in a rehabilitation program, which may color their perception of you.

You should think carefully before turning down rehabilitation. Drug court is the best option to take when facing a minor or first-time drug charge. Proceeding to traditional court could land you in prison or with a massive fine. The traditional court will also rack up higher fees for good legal representation.

If you’re willing to cooperate, rehabilitation and PTI programs can help you get your life back on track. Refusing drug court can lead to consequences like employment loss and financial hardship, and a struggle to break the cycle of substance abuse and other drug-related crimes.

What Do I Do Next?

If you live in Florida and have been charged with a drug-related offense, call the Lopez Law Group before making any hasty decisions or wrong moves. An experienced drug crime attorney will advise you on the best steps to take to reduce your potential penalty. As attorneys experienced in Florida drug laws, we can offer you the best advice on how to proceed with your case based on the nature of the crime and the evidence that might be used against you.