Is there anything I can do about a Florida criminal record?

If you have been arrested, have made a plea agreement with the state of Florida, or have been convicted of a criminal offense at trial, you have a record of these proceedings that are accessible in large part to the public. The state of Florida has one of the most open public records systems in the country. This has many benefits, but also negative consequences for those that have had interactions with the criminal justice system.

There are ways to have these records removed. Florida law provides for the sealing and expungement of criminal records. However, the rules regarding sealing and expunction of records can be fairly confusing and there are significant limitations in Florida as to what can be sealed or expunged. 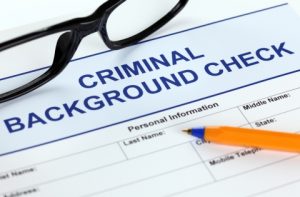 What is the difference between sealing and expunging a record?

How do I determine if I am eligible?

Chapter 943 of the Florida Statutes discusses various powers of law enforcement agencies in the state of Florida. The agency that handles the initial application process for a sealing or expunction of criminal records is the Florida Department of Law Enforcement. The application calls for a list of the requested offense(s) that you want considered for sealing or expungement. Florida law also provides as list of enumerated offenses that are automatically deemed ineligible for expungement or sealing, ranging from various violent crimes, significant drug crimes, and sex.

What do I do next?

After you file the application for the certificate of eligibility with the Florida Department of Law Enforcement, it can take between four to six months to receive the certificate if you are in fact eligible. Upon receipt of the certificate for eligibility, you have to petition the court that had jurisdiction over the underlying criminal charge that you are seeking to have sealed or expunged.

As the application process can sometimes present complex legal issues depending on whether you have other prior charges, multiple charges during a single occurrence, or unusual charges, it would be best to consult with an attorney before spending the time, money and effort to go through the application process. Our team of lawyers at the Lopez Law Group are prepared to assist you through this process, so please reach out to us at (727) 933-0015.